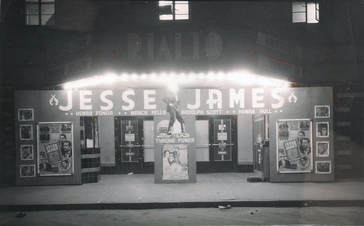 Located in the small town of Morrilton, Arkansas, the Rialto Theatre has a rich history stretching over 100 years.

Guy O. Vail opened what is now the Rialto in 1911. This was the first motion picture theatre in Morrilton and remained Vail's until the spring of 1925 when it was sold to I.W. Nance of nearby Conway. After Nance’s purchase, the theatre was renamed to The Grand Theatre. Two years later Arkansas Amusement Enterprises, Inc, a subsidiary of Malco Theatres, Inc., purchased the theatre and officially renamed it the Rialto Theatre.

​R.W. VanHook took over as manager of the Rialto in September 1928.  During his time the arrival of talking pictures, or “talkies”, was originally delayed due to a lack of response in other AAE theatres around that state.  Late in 1929 it was officially announced that “talkies” would officially be coming to Morrilton.  In preparation for their debut, the Rialto was again remolded and acoustically treated to accommodate the new innovation. “Fast Life” was the first movie shown on February 16, 1930 and the latest in motion and talking pictures had made its way to Morrilton. 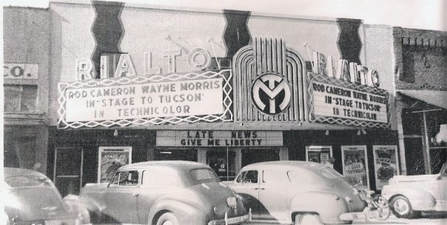 In July of 1952, M.S. McCord, who had previously served as the vice president of Malco Theatres, purchased the Rialto for his new company United Theatres Corporation.  McCord had the theatre remodeled again and the entire old structure was dismantled. For the architects that oversaw this renovation, Brueggeman and Wanger of Little Rock, this was the third time they had remodeled the building over the previous 30 years. Over the course of four months new concrete walls, concrete floor, steel roof, and a steel balcony was installed.  The building was also extended twenty feet. A new large projection screen measuring 15’ by 20’ was installed to go with the cushioned seats as the seating capacity was enlarged to over 700 seats, including 175 seats in the balcony. It was then touted that the Rialto was one of the south’s finest theatres. Rialto manager Clarence L. Hobbs, who took over in February of 1952, welcomed patrons at the grand opening on October 29, 1952 with the movie “Lovely to Look at” starring Kathryn Grayson, Red Skelton, and Howard Keel.

Following the purchase of the theatre by the United Artists theatre chain, the Rialto was once again renovated.  In 1981 the main hall was converted into three separate theatres.  The theatre maintained in operation until 1987 when United Artists closed the building. 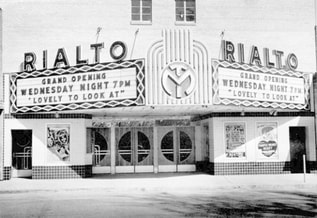 After years of decay, the city of Morrilton acquired the building in 1995. The Rialto Community Arts Center was formed in December of 1996 as a subsidiary of The Arts Council of Conway County.  The Board of Directors agreed to begin renovation to return the Rialto to its former glory by reconverting the theatre into one open area with balcony and seating for 400.  In 1997 many renovations began.  Initially, the center walls that divided the theatre into three screens were removed. The roof was repaired along with restoration of the lobby.  The exterior was retiled as a sidewalk brick fund raiser helped with the outside restorations. The marquee was restored to resemble its 1950s predecessor and seats were installed in the theatre.  A new stage was built to go along with new sound and lighting equipment.  Later, the former Massey Hardware store, which was opened next door in 1918, was purchased and converted into an art gallery.  Massey Hardware was the social center for the town during its heyday. This purchase also enabled the theatre to strengthen its backstage area with the renovation of men’s and women’s dressing rooms.  In 2006 a kitchen was completed in the back of the gallery to meet the demand of food needs for the facilities. That same year a new proscenium was installed around the stage, making the theatre more aesthetically pleasing.  A year later a new high definition projector and state of the art screen were installed.  Their installation brought movies back to the Rialto when the Rialto Players hosted the first movie day in January 2009.